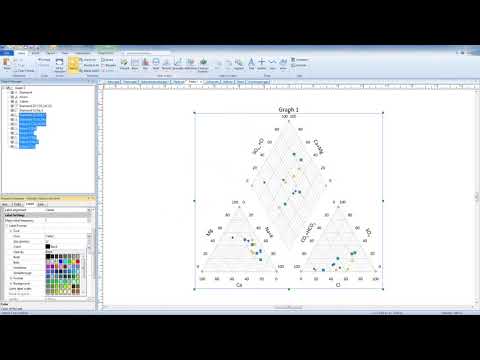 Present your data at its best. Grapher offers high-quality graphing tools so you can get the most out of your data. Grapher provides over 70 different 2D and 3D graphing options to best display your data.

Quickly create stunning and informative 2D and 3D graphs. Choose from over 70 different graph types and communicate your message to any audience with Grapher's extensive graphing abilities.

Represent Data at Its Best

Control every aspect of your plot down to the smallest detail. Grapher’s extensive customization options allow you to convey complex ideas in an easy-to-understand manner. Grapher displays your data at its very best.

Make informed decisions with Grapher. Discover new opportunities and trends hiding in your data with Grapher’s statistical tools. Add custom or pre-defined fit curves, error bars, or compute statistics on the raw data for a thorough understanding of the underlying trend.

Quickly share your charts with colleagues, stakeholders, and clients. Get your graphs ready for printed publications by exporting to high quality formats like PDF or TIFF, or share your work online by exporting to PNG or SVG formats. Alternatively, Grapher makes it easy to insert diagrams into presentation tools such as Microsoft Word or PowerPoint with a simple copy and paste.

Get up and running in matter of minutes. Grapher’s user interface was designed to take the guesswork out of learning a new program. We worked hard streamline workflows so you don’t have to.

Work Smart, Not Hard with Automation

Don’t waste time doing the same process over and over. Create scripts to automate repetitive tasks, and run your favorite scripts directly from the Grapher ribbon. Grapher can be called from any automation-compatible programming languages such as C++, Python, or Perl. Grapher also ships with Scripter, a built-in Visual Basic compatible scripting tool. Better yet, use the script recorder to transform actions performed in Grapher into a script.

PROS : This site is very helpful. My only reservation is that I was immediately bombarded with both emails and phone calls from the 5 recommended vendors. I was talking to 2 other vendors already, so this was a bit overwhelming.?

What license options are available?

A single-user license grants one user the right to use the software license. For each single user license you purchase, you will receive a unique product key. This license may not be used by multiple people. A concurrent-use license, also called a “network” or “floating” license, is tied to a network. The License Manager or License Administrator software is installed on a license server on the company network. The product can be installed on as many client machines as desired. The product usage is controlled by the license server and is limited to the number of concurrent seats that were purchased.

How can I add a seat to my existing concurrent-use license?

How did I find my product key or serial no.?

Can I backup the grapher Exe to a CD?

How do I reinstall it if my computer crashed or I have a new computer?

Software downloads are available through our MyAccount portal. Log in and click the My Products button. Click the desired product key or serial number in the list of products to expand the product information section and click Download Grapher Installer. If necessary, deactivate the license for the computer that crashed or is being replaced. If you have access to the original Grapher installation CD or a backup copy, simply reinstall Grapher from the CD. If you do not have access to Grapher’s download instructions or the installation CD, locate your Grapher serial number, product key, or original order number, contact us, and we would be glad to help!

Add to Cart
VS