What to Do When Your New Recruit Decides Not to Join 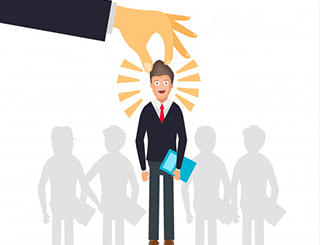 It’s 9 am on a Monday morning. You (the HR) are sitting and waiting for a new recruit to walk in any minute. The recruit’s manager keeps asking you when will the new person be coming. You wait for half an hour, but he/she doesn’t show up. You call him, but he doesn’t pick or respond to texts. Soon, you realise that he is not coming & begrudgingly communicate the same to the manager. Now the ex-recruit’s manager and your own manager are both angry, for the botched job that you face the heat for.

Has this or something similar happened to you? Quite likely it has. The hiring process is no walk in the park and requires a lot of effort from your end to find the perfect candidate. When said candidate decides to back out at the last second, you must start the hiring process all over again, wasting time and resources in the process.

While there is no guaranteed way for you to control this, you can minimize the possibility by adopting a few techniques:

Usually, HRs interview a bunch of candidates when a position opens. This gives them a chance to find a backup, even if someone else has been made an offer. In case the intended candidate doesn’t join, HR can offer the job to the backup option, without losing days in the process or spending valuable time interviewing people all over again. Granted, this is a double-edged sword as there’s the possibility of the backup accepting an offer from another company and is unavailable to join. Backups should ideally be folks who are serving the notice period at their current job and have time left before they can join somewhere else. This increases the likelihood of the backup being available to join soon.

Psychoanalysis tests like aptitude and personality tests, are useful for companies to ensure that they attract desired candidates. Such tests help in understanding a candidate’s profile and crucial personality traits, making it somewhat easier to understand if he/ she is likely to bolt.

You can use HRMS software like Cilfi HRM Solution to easily send such tests to candidates online. Cilfi has an excellent recruitment module wherein you can share online assessments with candidates. Upon completion of the test, Cilfi tabulates and records the score for you to easily view and process the candidate through the next stage. Aside from recruitment, Cilfi also has dedicated modules to manage payroll, employees, assets, leaves, attendance and more.

If your company has a policy of asking new recruits to sign a bond, it could be a red flag for employees before they join. Bonds usually mandate that an employee spend a certain amount of time within the company, to be eligible for certain benefits and perks. Failure to do so leads to some form of penalty. Signing a bond often incites a resentful feeling, as prospective recruits are wary of committing to a job they don’t know if they’ll like after joining. In case you do have a bond system, you can introduce the idea of a mutually agreeable bond wherein, both parties can initiate termination of the bond, should either not be satisfied with the job or the employee’s performance. This creates a sound process, based on mutual understanding, and reduces the likelihood of a recruit deciding not to join.

Most companies these days have a referral program in place, where they give cash or rewards to employees whose reference is chosen. Such hiring methods make your current employees more driven to find candidates best suited for the required role. There’s another easier and cost-effective way to hire new recruits- by internal hiring. Some of your current employees might be feeling burned out, disinterested in the current role or simply want to try their hand at something new. You can use internal hiring to fill roles within the company, and because candidates are current employees, you don’t have to spend too much time in the selection process. HRs can post job openings in the company’s job page and ask employees to refer themselves for the role. It also reduces the likelihood of new recruits bolting, as they are current employees who have applied for a switch, out of their own interest. Loyalty and long-term employment are some of the benefits that a company gets out of such retaining methods.

Reiterating from above, there’s no guarantee to ensure a hundred person joining rate. But use our handy tips from above and you’re certain to see a better joining percentage. If you think we missed an important point, don’t be a stranger and let us know in the comments below.

What are the Unique Internal Sources of Recruitment for Quick Hiring

Talent Acquisition Strategies for the Remote Workforce During Covid

What is Human Capital Management (HCM)?

How to Hire & Retain Millennial Employees?