Everything You Need to Know About GPS and Its Uses Almost every smart device uses GPS to track and monitor your location, and other physical activities over a distance. It helps you navigate from Point A to Point B.

But do you know, how GPS does this, how does GPS work, and what are its other uses?

Well, we’ll discuss the same here in this article. Let’s understand how the GPS system works, what it is used for, how accurate it is, and its receivers and modules work.

A Brief History of GPS

Humans have been practicing navigation for millions of years with the help of the Sun, Moon, and stars. GPS Global positioning system is an advancement to the same technology in the 20th century, using space-age technology.

The first peek into GPS was witnessed when Russia launched its first Sputnik 1 satellite in 1957. Soon after that, the US Department of Defense began exploring the geolocation capabilities for submarine navigation.

Although the GPS was made available to the public in 1983 by the US government, the control of data was kept by the government itself. It was only in 2000 when the companies and the public finally gained complete access to using GPS.

What is GPS and How Does it Work?

The GPS navigation system is managed by the United State Government and can be freely accessible by just a GPS receiver to anyone. The system consists of a network of 24 satellites that are placed by the US Department of Defense into the Earth’s orbit.

Although the GPS tracking system was primarily made just for the use of military applications, it was available for civilians to use during 1980s.

A GPS tracking system is made up of three different elements, also known as segments. These segments work collectively to provide you with location information.

The three segments that make key elements of the Indian GPS system are:

How Does GPS Technology Work?

Let’s understand how GPS works in detail by understanding the technology and concepts used behind it.

The GPS tracking system works on a unique technique known as trilateration. Using this technique, you can calculate velocity, elevation, and location by collecting signals from satellites to determine the information of output location.

(Note: However, the word, ‘trilateration’ is often mistaken for the term ‘triangulation’ which is a technique used for measuring angles, not distances.)

So, in simple words, satellites that are orbiting the Earth in space send signals that are to be read and interpreted through a GPS device located near or on the Earth’s surface. To calculate the exact location, a GPS tracking device should be able to read signals from at least four satellites.

In these network circles, each satellite orbits the Earth twice a day while sending across a unique signal, time, and orbital parameters. The GPS tracking device can read signals from six or more satellites at any given point in time.

Also, satellites don’t provide any information about the angles, so the location picked by the GPS device could of anywhere on the Earth’s surface area.

How Does the GPS Track Exact Location?

Well, we are in a three-dimensional world, and the same is used to determine the exact location using GPS. Let’s understand this phenomenon better.

Whenever a signal is sent by satellite, a circle with a radius is created that measures the distance from the GPS tracking device to the particular satellite. Similarly, when a second satellite sends a signal, another circle is created again.

This narrows down the location to one of two points, where the two created by different satellites intersect. Now again when a third satellite also sends a signal, the location of the device can precisely be determined, at the intersection point of all the three circles.

However, because of the three-dimensional world, we can determine that the signals sent by satellites don’t create circles, rather they create spheres. The intersection of these three spheres creates two points of intersection, and the point closest to the Earth is chosen as the GPS location.

The GPS tracking system allows you to locate, navigate, map, and track various locations, but how accurate is GPS tracker?

The GPS tracker works great in open areas where external factors like tall buildings, trees or buildings don’t create a disturbance. In addition to this, the accuracy of the GPS location depends on several factors and variables as listed below:

How to Use Fake GPS?

Users who don’t want to reveal their real location have the option to use fake GPS. To use a fake GPS location, follow the steps below:

The control segment is a network of monitoring, master control, and data uploading stations that are located across the world. When these stations receive a signal from the satellite, they make a comparison between the positions claimed by the satellite and the orbit models.

Now, on the other hand, the user segment is made up of the equipment that is responsible for receiving satellite signals. This equipment uses time and orbital location of a minimum of four satellites to determine a position. To resolve and avoid any timing errors, the user segment uses antennas to receive and identify the good-quality signals.

Some examples of GNNS are USA’s NAVSTAR Global Positioning System (GPS), Europe’s Galileo, and China’s BeiDou Navigation Satellite System. Also, globally the performance and efficiency of any GPS system are based on four parameters mentioned below:

GPS vs GNSS Devices Vs GPRS

Here’s the difference between GPS, GNSS and GPRS:

What are GPS Receiver Chips & Modules?

GPS chips and modules can provide users with instant time and location information anywhere on the Earth. The GPS receiver chips provide information about the location in longitude, latitude, and altitude.

GPS receiver chips are designed to receive information regarding where every satellite is placed at a given moment. These same receivers are used in the GPS system for cars, and GPS system for bikes. They constantly plot the changing location of the car or bike on the electronic map, which then provides directions accordingly to reach the entered destination.

Most of the GPS receiver chips are built on the following three components. 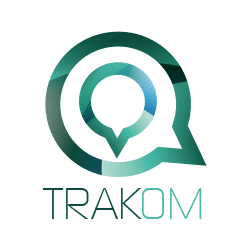 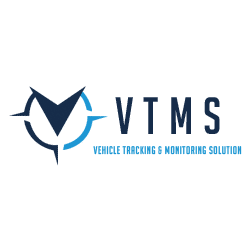