K7 Antivirus Premium is antivirus software for windows usage. The software provides an all-round safety for your PC and detects threats in real-time. The antivirus also removes all the threats the moment they are identified. It is a trusted antivirus software to have at your expense. K7 Premium a... Read more

What is K7 Antivirus Premium?

K7 Antivirus Premium is antivirus software for windows usage. The software provides an all-round safety for your PC and detects threats in real-time. The antivirus also removes all the threats the moment they are identified. It is a trusted antivirus software to have at your expense.

K7 Premium antivirus has a solid firewall that does not allow any virus trojan, malware to get into the system. The antivirus is always running in the background without slowing down your PC. It instantly detects the file that is downloaded and deletes it if the virus is detected. K7 antivirus has become a favorable software in the general consensus because of such great features.

The price of K7 antivirus premium is Rs. 799/- per annum. The subscription comes with a license for a single PC that lasts for a year.

We make it happen! Get your hands on the best solution based on your needs. 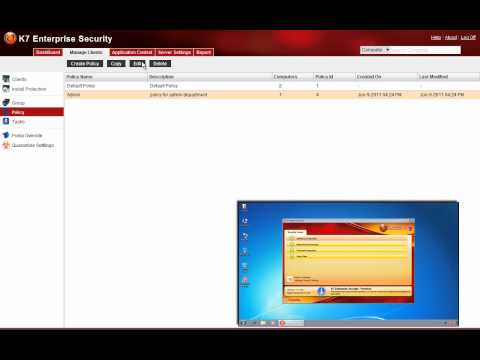 The antivirus software protects your inbox from malicious mails that aim to gather your data and hurt your privacy. It also

Make a quick check for all the files that are potential threats for your PC and quarantines them. It helps prevent any

K7 Antivirus Premium provides protection from malware in real-time. It detects malware and delete them instantly.

The software is embedded with a exceptional spyware detector that identifies all the hidden spying software and highlights them.

Award winning K7 engine works in the back ground constantly protecting your entire organization from attacks. The low footprint

A by-product of advancements in technology is sophisticated malware that is more targeted. Using concepts of behavioural

The software also provides anti-spyware functions. It does not allow any spyware to exist in your system

Do not let ad wares and browser hijackers take over your internet access and scam you. K7 antivirus gives you an amazing internet

Get access to the some of the best threat detection and protection feature with K7 antivirus premium.

Have recommended this product

Pros : K7 antivirus provides us a security suite. It is lightweight with extra smart firewall system which prevents the data.

Pros : Techjockey saved us a lot of time by suggesting a few programs that would work for us.

Pros : Regardless of the fact the existing software cannot meet my current needs, I have learned so much through this process that I consider the experience extremely beneficial. Both Techjockey and the vendors recommended were easy to communicate with and very informative, without being high pressure. I will likely come back to the recommendations when our back end is organized and/or our requirements increase.

Q. How to update your product without an Internet connection?

A. Step :1 If none of the PCs are connected to internet including the K7 Enterprise Console installed PC, you can download the offline updater from any other PC connected to internet and run the same on all the PCs to update the End Points. Step :2 The URL to download the offline updater file is given below. http://www.k7computing.com/en/tools/K7OfflineUpdater.exe

Q. I am trying to update K7 Enterprise and error message

Q. How to run updates for K7 Endpoints?

A. Step :1 To update an End Point from the Management Console, click on Manage Clients then right click on particular PC and select Update Client. Step :2 Also you can run a task to update all the End Points in a particular group or all the groups. Step :3 Click on Manage Clients -> Click on Tasks -> Select Update from the list of Tasks -> Type a name for the Task -> Select the Group from the List -> Start the Task which will take updates for the selected Group(s)

Q. I am trying to update the K7 Enterprise product and got the message

A. Step 1: This will happen if the policy has been configured to block all the websites except given websites by the administrator. Step 2: Kindly add the below URLs into the allowed list under Policy Override. Step 3: Click on Manage Clients -> Click on Policy Override -> under Internet, Select Allowed websites and add the below Updates.k7computing.com/ S3.amazonaws.com/* Step 4: After allowing the URLs, try running the updates. Step 5: Check for any traces of third party AV, if found uninstall them using the removal tool restart the PC and try updating the Endpoints.

Q. I am trying to update your K7 Enterprise product and got the message, 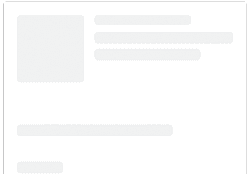 Free or Paid Antivirus Software: Which One is Better?

What Is Ransomware? -Types, Definition, and Prevention

Online Gamers Beware: Hackers are Coming for Your Device

What is Firewall Software and Why do we need it?

5 Antivirus for Android Devices That You Should Have in 2022