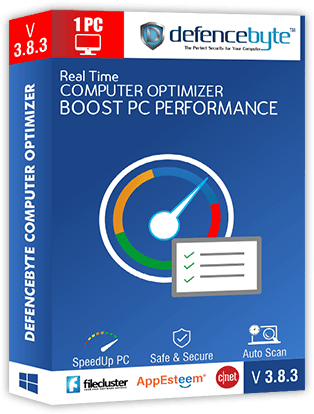 What is Defencebyte Computer Optimizer?

Defencebyte Computer Optimizer is a beneficial option for those with limited skills in operating central system databases. This utility software cleans out old system registry files and other junk files at a faster pace after performing adequate system analysis. It runs systematic scans at regular intervals to spot out the corrupted files and timely updates them to ensure smooth performance. Further, Defencebyte PC Optimizer allows its users to fix registry errors on the computer. Moreover, users can also clean up simplified junk files with it.

Defencebyte utility software in computer is consistent with the following platforms:

The utility program enables its users to eradicate and erase the unwanted registry keys to boost the speed of their system.

There are several uninstalled entries in the computer, which end up lowering the working speed of the device, Defencebyte PC

With the wide variety of tools offered by Defencebyte Computer Optimizer, users get to fix potential issues within their system

Users can track and trace the overall CPU usage, as all the running programs are shown by the software.

Users can schedule system scans at regular intervals to ensure that their PC runs in an optimal manner.

Defecebyte antivirus software can block unwanted URLs that can cause damage to users’ systems.

Filter the software features basis your business requirement, select the software in your budget, Add to Cart and buy!

It's as simple as that. Compare unlimited software options and make the right choice for your business

Expert Advice Any Day, Any Time

Get the support with comparing different product features, pricing and more to grow your business many fold


Their expertise can help you save time and money

Try Before You Buy

Fits Right Into Your Budget

At Techjockey, you can get personalised plan and pricing basis your business needs

With so many options, our tech-experts help you select the right match for your business in terms of features and budget

Trusted by many happy and satisfied businesses

One software can change your life

We make it happen! Get your hands on the best solution based on your needs. 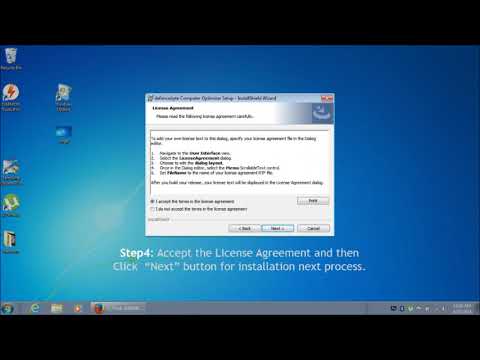 Have recommended this product

“There is no pros as it is a software that is not fully developed and in testing phase. ” Amit Gargas - Dec 7, 2019

“This defencebyte computer optimizer makes your system very slow and might be stealing your data. ” Amit Gargas - Dec 7, 2019

Cons : no cons I have found

Pros : I’m pretty impressed by its hi-end and sophisticated PC cleanup features. Right from the day I downloaded this software, I’m not forced to carry forward manual decluttering session as this prodigious software is there to do it on my behalf. After deployment, it started performing its job, and it boosted my PC’s performance right away. The best attribute is its interface is simple and straightforward, and within a few minutes, it got installed in my system. To name a few of the Pros of this reliable software: (1) It removed unwanted files, invalid paths, registry and junk files from the system. (2) It resolved all the system issues in order to maintain the optimal performance of the system. (3) It blocks unwanted URLs and also eliminates malware.

Cons : The least thing that I liked about defencebyte Computer optimizer is: (1) It sends tons of annoying pop-up messages that define your computer is clean. (2) Only sometimes, it asks for permission, whether to permanently delete the file or not.

Pros : Really its a nice product which really boost my pc performance

Cons : no cons I have found

What is a Utility Program & What Are Its Functions?

Important Factors to Consider Before Buying a Software for SMEs

Q. Can I create backups through Defencebyte Computer Optimizer?

A. Yes, with the help of Defencebyte Computer Optimizer, users can perform system defragmentation, create a backup and restore all the necessary files with ease.

Q. Is it possible to scan unwanted programs through Defencebyte Computer Optimizer?

A. Yes, the software enables users to scan all the installed applications within a device. They can also find and remove the unwanted files.

Q. Can I get a demo of Defencebyte Computer Optimizer?

A. Yes, we at Techjockey offer online demos for Defencebyte Computer Optimizer. You can send us a request along with a preferable time and date.

Q. What are the system requirements for using Defencebyte Computer Optimizer?

A. The minimum system requirement for Defencebyte PC Optimizer utility software are: ? RAM: Minimum 1GB RAM. ? Processor: 800 MHz or higher processor. ? Hard Disk: the software needs a minimum of 400MB free space out of the total space available within their hard disk to operate.

Q. Does Defencebyte Computer Optimizer have a mobile app?

A. No, Defencebyte Computer Optimizer does not have a dedicated mobile app.