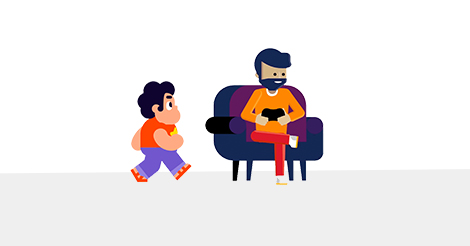 Visual information can be processed six thousand times faster than text. Have you started using animated videos to tell your brand story yet?

In the present era, the overall percentage of visual audience is very high. Today, we have sixty five percent of visual learners. The impact of any visual message conveyed is so high that a whopping ninety percent of information or any other content transmitted to the human brain is visual.

Seeing the current scenario, the shift to visual content and animation video for social media marketing has become inevitable and so is the need for animated video maker.

What is Animation Video

­Animation video is a technique in which images go through the process of designing, layout addition and photographic sequences to create an illusion of action. Video animation can be better understood as a simulation of movement that is created by showing a series of pictures. Animated video for business engages the viewers and makes for an interesting story-telling experience.

Why is Animation Important

What Are Different Types of Animation?

The more you know about types of animation software, the better you can use it to add life to your characters and brighten up your environment.

Traditional animation, today, can be done using a computer without the actual photography of each frame. Examples of traditionally animated movies include Pinocchio, The Illusionist, Animal Farm amongst many others.

Any animation that is created in a two-dimensional environment is referred to as 2D animation. Such an animation relies on two aspects (width and height) to create an expression or narrate a story.

Digital 2D animation can be better understood as the process of creating drawings and making the character in the drawings move with animation techniques with the best animation software. Best 2D animation video is a boon for the animation industry and is used in everything from cartoon series and video games to television shows, the favourite ones being Avatar, Dragonball Z and The Simpsons, to name a few.

3D animation is also referred to as computer generated images or just CGI. 3D animation is the technique of using computers to create three dimensional images and visual environment.

3D animation technique was introduced in 1990’s. This type of animation, just like stop-motion animation follows the frame-by-frame 2D animation concept. 3D animation software offers a digital space to create characters which are then made to move.

Many animated videos have been created using 3D animation software, such as Autodesk Maya, CINEMA 4D and LightWave. Some of the best animated movies are Frozen, How to Train Your Dragon and Toy Story.

A whiteboard animation video, also terms as explainer video, brings drawings and text to life by creating movement in a digital environment. To draw viewers’ attention, this video stimulates the effect of objects on a plain white board. Notepad, stitch board, blackboard and glass board videos are the different types of whiteboard videos that can be created accurately with the best animated video making software.

Infographics is a combination of 2 words: information and graphics. These are graphic visual representations that make complex data interesting and eye catchy. An infographic animation video combines colors, images and text to present information to the viewers in a way that is easy to understand and visually appealing.

Stop motion animation manipulates real world objects. These objects are photographed frame by frame by moving them slightly. So when these images are shown in a sequence, they create an illusion of movement.

There are 6 types of stop-motion animations:

Animated cartoons like jungle cartoons and Hindi kahani cartoons use a series of drawings to simulate movement. There is a slight change shown in every frame with the help of computer graphics, puppets, etc. The most popular animated cartoons of all time are panda cartoon and Lion King characters.

What are Different Animation Techniques

There are different types of animation techniques that are used in the animation industry.

In flip book animation, artists draw a series of pictures/images with little variations to those images/pictures. So when that book is flicked at a faster pace, you see the series of images in motion. Flip book animation is the oldest but one of the most fascinating technique of animation.

Pin screen animation is created with the help of a screen which is pricked multiple times by numerous headless pins. This technique was invented by Claire Parker and Alexandre Alexeieff. After the pins are pricked, one side of the screen is lit which casts shadows on the basis on the depth of each prick.

Draw-on-film animation technique involves scratching directly on an exposed film reel. This technique can also be implemented in a dark room with light variations creating shadows. These shadows are embedded on the film permanently.

This technique utilizes slow drying paints on a glass canvas. In this way, the animator can manipulate the paint and photograph them. Usually, turpentine is mixed in the paint which lets animators work on a painting easily.

Typography animation technique includes a combination of different letters and font faces that are in motion. This technique of animation is usually used in creating the titles of different videos and movies.

Sand animation technique is done with sand and a lit glass table. The lit glass table is used as a canvas and animation is created by moving the sand in the direction the artist wants. The artist can create different scenarios and form a story with those scenes. It takes time, but the end result is beautiful.

Benefits of Animation Videos for Your Business

Videos come in various formats. The most popular way for social media marketers to tell a story is through animation. Animated videos have many benefits. These simplify complex ideas, provides entertainment, and customizes each video for diverse viewers.

Animation integrates colors, logos, images, etc. to convey a message or information. It converts your story into a visual treat. Here are some of the most obvious benefits of using animated videos for marketing.

Posts based on animation grabs the attention of the viewers. It initiates discussions and can further be used for promotional activities. Animated posts are enjoyed by all kinds of viewers, irrespective of their age or profession.

Animated Posts can bring content to life. When ideas are converted into animated videos, you can make your character say and do things in your favor. If you have a complex topic in mind, you can easily depict that with the help of animated videos.

Animated posts bring back memories as most of us connect with cartoons. It makes us sentimental which is one the most effective feelings in content marketing. It provides more impact and sends your message to the masses easily.

Animations are not just effective in engaging your customers, but also motivates them to buy your product or service. The idea is to include animated videos as an important part of your digital marketing efforts. You can include animated videos on your landing pages so that your prospects get to know about your deliverables in detail.

Animated videos are most effective when it comes to storytelling. Through free animation videos, you can showcase real-life instances of how your product or service can be useful for your target audience. This will surely work wonders for your conversion prospects.

How to Make Animated Videos

Now that we know the animation types better, let’s look at how one can make a meaningful animated video and still captivate the viewer’s attention. An online animation maker makes each individual a pro at making animated videos. It enables one to make ‘do-it-yourself’ animated videos without compromising on quality.

It’ll help you gather your thoughts and channelize those in the right direction. It provides the writer more clarity about the objective. Consider all key elements such as target audience, deadlines and budget before putting your plan on paper.

A script is the basis for any animation video. A short, crisp and catchy script will automatically make for an interesting animation video. So, brainstorm enough before you pen your thoughts down.

A storyboard is, essentially, a graphic representation that plans the visual appeal of an animated video. Making storyboard means adding images, illustrations, text and other elements in a sequence in a manner that the elements represent each shot.

A storyboard plays a significant role in making animated videos as it explains the concept in detail. It helps one tweak the narrative and incorporate any last-minute changes in the script or visuals. This reflects, scene by scene, the way the final animated video will look even before it’s made.

One can chose from the various animation styles to make a video that suits their purpose the best. Each style of animation has its own significance. If one gives the video some fun element, the other may give the animated video a serious look and feel.

What’s a video without some music! Another significant step to consider while making an animated video is to add the right background music. While selecting a suitable background music, you must consider these key points:

The last step is to give your animation video the right voice. Hire a professional voice-over artist who can give a variety of voices to the video. Another very interesting option is to record your own voice and give that personal touch to the animated video. However, just be sure of the environment you’re recording in and your recording equipment to ensure clarity.

Animated videos are an effective social media marketing tool that engage clients and boost profits. An informative, visually engaging animated explainer video sets you apart from the crowd and leaves a lasting impression on the viewers.

So, go ahead and create your masterpiece! Video animation can be easily done with animated video making software. One such software is Blender 3D animation software, which is quite popular among animation enthusiasts. 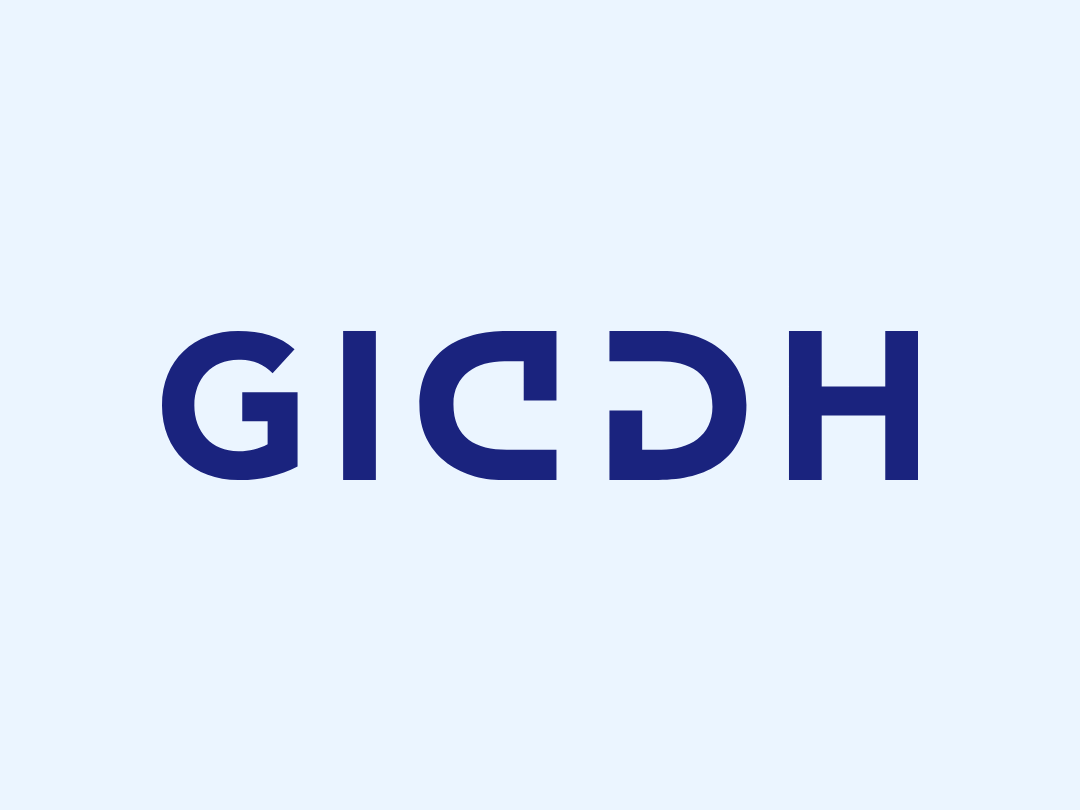 We are moving in a direction where technology...

How Karizma Album Software is Better than Photo...

Karizma album software is touted as one of...